Throughout the years, Dirk has managed to amass an impressive list of graphic projects. He's a seasoned, senior level designer and the go-to person for putting your brand on the market.

Dirk’s passion for drawing has resulted in him having a wide range of job titles, such as graphic designer, illustrator, DTP professional and book layout designer. Regardless of the role he plays in a project, his designs are flawless, goal-oriented and a little crazy at times. His knowledge of InDesign, Illustrator and Photoshop is obviously on point.

Dirk is also a musician, and he enjoys discovering the endless pastures of northern France by bike.
Book now View specialitities & more 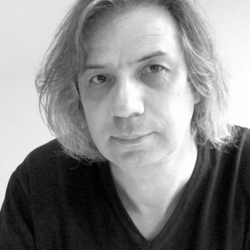 Don’t wait any longer and book Dirk for your assignment now.

Don’t wait any longer and book Dirk for your assignment now.